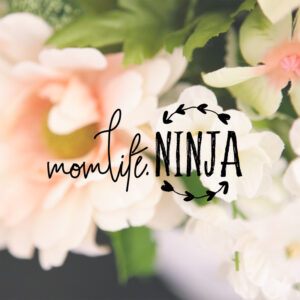 A part of me always knew, even when he was an infant, that something wasn’t quite right.  But I was a new mother.  Most of the time I was told that I was young, a new mom and I just didn’t know what I was doing.  I knew as the years continued on, as he struggled to throw a ball or when he still wouldn’t speak a single word.  It continued on.  Day after day, as I was with him, I noticed things that I knew couldn’t be normal.

The day finally came for me when I watched my 3-year-old playing with a toy car.  At first, I was so happy that he finally had a toy that he would actually play with.  Something that kept his interest for longer than 5 min.  But the problem was that the 5 min became 10 min, then 20, then 30 when I realized… the entire time, the only thing he has done with the toy car, was open and close the door.  For 30 min.  That’s when I said something to my husband.  Another 15 min then passed, when I mentioned it again to my husband.  The first time, he didn’t seem alarmed, but this time I know he had been watching.  It was at this point I realized I had to at least question the Pediatrician about the situation.

So there we were, sitting at the specialist office.  The place my kid’s Pediatrician recommended and said, “If there is anything wrong, she would know it”.  The place that I came to, to make sure that I was just overly worried about nothing.

The moment she told me he had autism, I sat and stared in disbelief.   While staring at her, I secretly began re-questioning her credentials.  How can she be so sure?  So, eventually, I asked:  “Well, how SURE are you that this is what he has?”  She turned to me fully and looked me dead in the eyes, and she slowly (so my mind will understand her) said: “He ABSOLUTELY, definitely, has autism”.  I stared for a few moments longer, before the worst part of it all fully hit me.   I felt something horribly unexpected… RELIEF.  I felt relief.  What kind of mother feels relief when her child is diagnosed with autism?  It really bothered me, that feeling that came over me as I struggled to take in this horrible news.

But at the same time, I felt horrible about it.  I would rather people consider me a bad mother than for my son to have a lifelong diagnosis of Autism.  I would a thousand times rather he did not struggle with difficulty the rest of his life, than for me to “feel” better about my motherly skills.

The next questions became more focused on prognosis.  What will he be capable of, or not capable of?  Would he ever speak? Would he even be able to toilet train?  The specialist simply told me “I don’t know”.  She couldn’t tell me anything.  Because it is a spectrum condition, she couldn’t tell me anything about his capable future.  Wonderful.  We left the appt. with prescriptions for Speech and occupational therapy and a follow up in a year.  It was the quietest ride home.  Except for the part where my husband and I had to pull the car over in a parking lot to “discuss and argue” before we could finish making it home.

It took awhile for me to come to the full realization and to fully come to grips with it.  It took my husband a little longer.  But eventually, when I finally came to fully grasp the diagnosis, I was then able to start learning how best to help him. I was then able to stop grieving the diagnosis and realize that even in Autism, there are many gifts.  Some things were extremely hard and difficult and still are, but there are so many wonderful gifts that come along with the diagnosis that make up my son and who he is.  He is unique in his own ways and I’ve found that is incredibly special and I wouldn’t want to change him or who he is, just because he works a little differently than me.

Share this:
Reason #105 on Why I Love being a SAHHM
Homeschooling is Hard